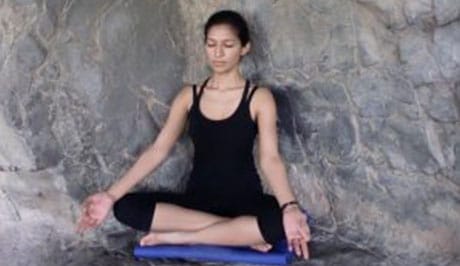 In many ancient cultures it is believed that the stomach is the storehouse for primal emotions. The link between our navel centre and feelings are found in yoga, tai chi, chakra meditation, Greek mythology, Kabala and Sufism. We mainly hold choleric emotions such as anger, hate and resentment and melancholic emotions such as stress, worry and anxiety around the navel centre, this area has been given different names by many cultures it is located just below and behind the belly button, known as the Lower Dan Tien, Manipura Chakra, Solar Plexus.

This area governs our flow of energy (qi or prana) throughout the body. Scientifically, it is a cluster of nerve cells and supporting tissue, rich in interconnected neurons. Through nerve branches it controls many vital functions such as adrenal secretions and intestinal contraction. However, when we are overwhelmed by negative emotions stored in this area its functioning is severely thwarted.

Yoga Digestion for a Good Flow of Energy in Your Stomach

In yoga, the role of the Manipura chakra is related to movement and energy. Food is moved along the digestive system to release energy which is sent around the body to supply organs with prana (vital energy souce). The movement of energy can be blocked because of an emotional block, by tightly holding onto a negative emotion we limit the flow of prana around the navel centre. This is why it is taught to let go of any strong emotions that the mind is fixated on in order to free energy around the energy centre and bring optimal function to the organs, freedom to mind and emotional stability.
Toaist and Buddhist meditation techniques use the Manipura Chakra or Lower Dan Tian as the focal of breathing it is a centre of balance and gravity. Bringing attention to the movement of each breath around the navel centre helps to control thoughts and emotions. It brings higher states of awareness and a sense of emotional cleansing.

We often only become aware of our emotional state after it has affected our body.  Gastritis and ulcers are symptoms of holding on to choleric emotions, bloating, constipation and indigestion are symptoms of holding on to melancholic emotions. As we become more sensitive to our body we will be able to bring that level of awareness to our mental and emotional condition to ensure we are not holding on to harmful feelings that can result in blockages of energy around the abdominal centre. Yoga helps to bring awareness into our body and with meditation and breathing techniques slowly transfer that awareness into the subtle states of the mind to bring a happier mind and healthier body. 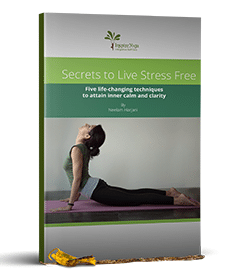